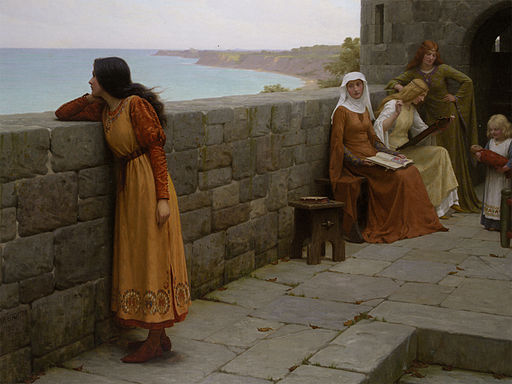 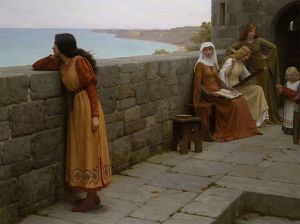 Two weeks ago, I sat down to write about taking a trip to my hometown. That post on the ups and downs of going home would not come. Maybe it wasn’t fully grown in my imagination yet. I ended up with a poem about secret gardens instead. When I lamented that the words had taken me so far from where I started, friend and fellow blogger Rob Taylor pointed out that there are many ways of defining home.

Home. The place where I was born. Bakersfield, California is still full of stucco and Spanish arches and oilfields and orange groves. The ghost of my girlhood self runs wild-haired and barefoot over the manicured lawns. She steals cherries from a tree that overhangs an alley so she won’t have to take the time to go home for lunch. She climbs fences and dreams of princes. She looks west and plans to run away to the ocean so she can swim across the horizon to the world on the other side. She believes that when she grows big enough she’ll be able to reach up and touch the stars. No matter what anyone tells her, she could spend every night sprawled on the grass watching those stars head in her direction.

I tried to touch her transparent edges, but she’s an elusive little gypsy girl. I sat on the porch of my grandmother’s house and watched her dance in the front yard. She asked me if I still want to know what is over the next horizon, and if I still believe someday I will touch the stars.

I opened my mouth to tell her no, but out fell a poem about secret gardens.

Home. My safe return. While on my trip, I had the chance to go snorkeling in the ocean. At first, I watched the sandy bottom undulate beneath me as we swam. Out beyond the waves, the bottom dropped, and the ocean grew wide and deep. There was too much of the water and too little of me. My head popped up. I tread water and gasped for breath. I lost my nerve.  I couldn’t take care of myself out there. I couldn’t control the world around me. The current would sweep me away…

Home. My first story. Seven summers ago, I started writing. My daughter was still an infant then, and I was in bed nursing her. Somewhere between asleep and awake, an image popped into my mind of a girl and her father standing alone on a beach. I had the sense that the girl was waiting for love to come, and the father was waiting for love to return. They seemed so real and as barely out of reach as the stars I’d watched as a kid. What brought them to that lonely beach? How were they so close and so distant at the same time? I couldn’t stop wondering about them, and that day when my kids took a nap I sat down at the computer and started writing their story. My first novel, The Keeper’s House, was born.

In chapter one, sixteen year old Nula stands alone on a beach in the middle of the night. She fears sleep and the dreams that send her spiraling through the lonely, dark water. Nula watches the waves and listens to them whisper as the moon glows over the distant horizon. She feels the pull of the ocean, a tug on her heart. Maybe it will take her away…and maybe she wants it to.

Home. Friendship and romance. I have a friend who is currently entangled in a casual, long distance relationship. They go days without speaking to one another. Sometimes she fears that she has had her last time with him, that he will disappear from her life, but unless she makes dramatic changes to her own life, she isn’t in a position to ask for more. Why not just end it? She told me she has thought of that many times, but then she realized she likes him as much for his mystery as for his warmth. She likes him just as he is. Sometimes she misses the first days when they discovered each other from a distance and she left her lonely beach. Now here she is halfway to the horizon with no real way of knowing if she is going to get hurt. She keeps diving in because she has to know what is on the other side. She dives because she believes he is worth the discovery. One way or another, this relationship could pull her away from everything she knows…and maybe she wants it to.

Back to my day of snorkeling on the open ocean, terrified of this mysterious world that neither welcomed nor rejected me. I could return to the safety of the beach, or I could dive in and discover what was on the other side of my girlhood horizon. Ahead of me was the chance of danger, of being unprotected in a world I had no control over. I answered the ghost of my girlhood, and I dove.

Two hundred yards later, I was swimming with majestic sea turtles. One the size of my seven year old daughter swam right next to me, so full of simple beauty and grace. Those turtles and the chance to discover their world were worth the dive. The current didn’t take me or at least not the way I expected.

Maybe our real fear isn’t that what is hidden over the horizon will take us forever. Maybe our fear is that it will send us back changed in a way that redefines what it means to find home.

That got me thinking again about those stars I loved so much as a kid. Open just about any newspaper and you are bound to find a horoscope section. Who among us has not looked under our sign at least once for some guarantee of our future?

If the stars can tell our fortunes, I really don’t know. There is one way that human beings from all over the world have used the night sky for as far back as we can measure. The stars have always been a map to guide us home.

Dive in and discover what is on the other side. Swim the ocean or open your heart. There is no guarantee that you won’t get hurt, but the simple beauty and grace on the other side are worth the risk. Even when you have to go home again, the horizon will never leave you, but you have to let yourself be taken in order to find it. You can’t stay lonely on the beach and make a story worth the telling.