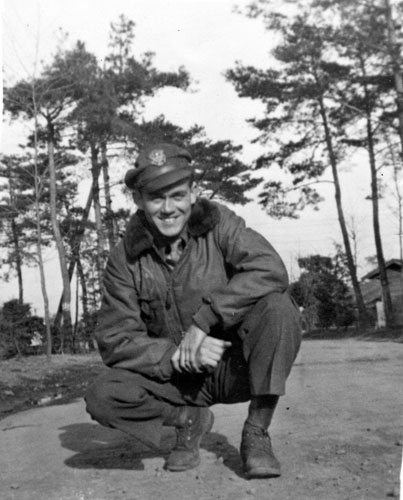 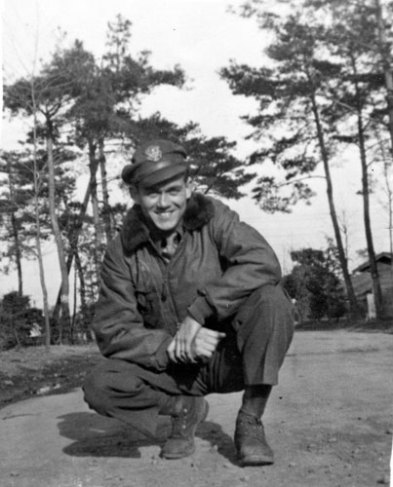 On November 1, 1945, my Grandpa Steve’s A 20 Bombardment Group prepared for a flight over a piece of ocean loosely held by the crumbling Japanese Empire. His orders were to attack the city of Kyushu on the Japanese mainland. If he managed to survive the first wave of his assignment (to fly within radar and give chase to Japanese pilots while simultaneously skip bombing every railroad tunnel), it would have to be done with precision…or there wouldn’t be enough gas to make it back across the ocean.  The mission was so close to impossible, the Army Intelligence officer recommended that Grandpa write his last letter home.

I once asked my grandpa what he did first when he found out the war was over.

For a long time, I thought it was a shame to lose the history in Grandpa’s letter. I’ve grown up enough to understand the secret places in the human heart we only give away when it’s already too late.

With the war ended, Grandpa transferred from an A 20 to a cargo plane. He was one of the first American servicemen to enter Nagasaki after the bomb was dropped. In fact, he was the pilot who took the Army photographers in circles over the city. Their black and white film captured a deserted wasteland. The history, loss and dead silence where a living, breathing city once stood. Nothing but the hum of the plane’s engine to drown out the emptiness below.

Only a few years earlier, Grandpa Steve had been a teenager in a Texas border town. He helped on the farm, went to school, had a part time job loading grains bags for the railroad and chased girls. His senior year of high school, World War II was still well under way. A man came to Grandpa’s school and asked all the boys if they wanted to take a test to be pilots. Grandpa raised his hand because, as he put it, “it sounded a whole lot better than carrying a gun.”  He passed, and there he was, a wild boy from the Rio Grande Valley turned lieutenant in Japan.

Every chance he got, Grandpa rode the Japanese trains as far as they were working. He carried a little translation book in his pocket. The left side had a sentence written out in Japanese, and the right translated the same sentence in English. If he had a question, he’d open the book, find some sentences close to what he needed to say on the English side, and then find someone on the train and point to the same line on the left. His helper could flip through the book and point to an answer. One day, Grandpa got a little turned around on the trains. He took his translation book up to a young Japanese man and pointed to a sentence about the town he needed to get to. The man handed the book back to Grandpa and answered in perfect English that if he waited four stops, he could transfer to a train that would take him where he needed to be.

Grandpa sat down, and they struck up a conversation. It turned out the man was born in California and had attended the UCLA dental school. When his parents pressed an arranged marriage on him with a Japanese girl, the man traveled to Japan for his wedding a week before the attack on Pearl Harbor.  He was trapped. The Japanese government forced the man into service as a translator, and he wasn’t sure what it had done to his status as an American citizen. He didn’t know if he would ever go home. He was the only local dentist and rode the train for miles every day to help those who needed him.

The US Army was holding his wife’s brother as a prisoner of war on Okinawa.

The man’s wife worried about her brother. They knew the Army allowed care packages for prisoners, but times were desperate in Japan. She feared that if they sent a package, it might never make it to him.

“Do you ever fly to Okinawa?” The man asked.

“Could you get permission to take a few things to my brother in law?”

“I don’t need permission. If you meet me at the air base early Wednesday morning, you can take them there yourself. I have the room.”

Sure enough, the man was at the airbase when Grandpa arrived that Wednesday morning. They flew together to Okinawa. The man left for the POW camp and met Grandpa back at the airbase that evening. While they flew home, the man told Grandpa that his wife was very grateful for the kindness he had shown and wanted him to come for dinner. Grandpa explained that it hadn’t been any effort at all. He had the room, and it was easy to help. The man pressed, and the chance to see a real Japanese home was too tempting.

Grandpa followed the man to a house beautiful in its simplicity. They took their shoes off at a door that opened on wood runners and entered a room with a low table set for dinner.

They sat together at the low table. The man talked with Grandpa, but his wife served the food and tea in silence. It wasn’t until the meal was over that the wife whispered something in Japanese to her husband.

“You can’t know how much it means to my wife that I’ve seen first hand her brother is safe. She is very thankful to you for your kindness. She would like to give you one of her kimonos to take back with you to your wife in America.”

Grandpa refused. It had cost him nothing to help.

“For many we are the enemy, and any act of kindness would cost a great deal. My wife is Japanese. She won’t understand if you don’t accept. She will feel dishonored.”

Grandpa followed the man and his wife into a large closet. He sifted through the kimonos until he found one that seemed the most simple. He hope it hadn’t cost too much. The wife pressed it into Grandpa’s hands with a deep bow.

When Grandpa’s service was over, he settled in California with my grandma…less than two hours from the place where the man he met on the train was born. My grandparents had a Japanese American friend over for dinner one night, and Grandpa told him the story of the kimono. The friend asked to see it, and Grandpa brought it out for him.

My grandparent’s friend had been held in an internment camp during the war. It left him painful feelings about those dark days in American history. When he unfolded that kimono, he sat back down and looked at it for a long time.

“So much happened during the war,” he said. “Now I see that the word enemy is faceless, but the word honor is a beautiful, human individual. You did pick her simplest kimono, but not her least important.

“She gave you her wedding kimono.”